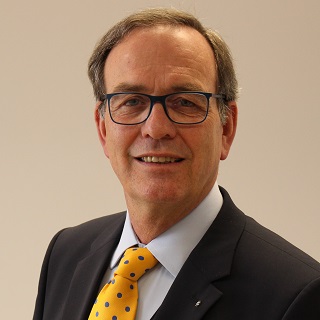 University of Halle I Institute for Technologies and Economics of Lithium

Opening Keynote: Outright Economic Warfare – Can It Be Contained?

This keynote session will be held in English language.

Professor of Economics and Chair Emeritus of Economic Policy and Economic Research at Martin Luther University Halle-Wittenberg. He also holds the Beijing Humboldt Forum Chair at the University of International Business and Economics (UIBE) in Beijing. Since 2021, he is founder and one of the managing partners of the Institute for Technologies and Economics of Lithium (ITEL) - Deutsches Lithiuminstitut GmbH. He is a board member and vice chairman of the In the Ludwig Erhard Foundation.

After his doctorate (1982) and his habilitation (1986) at the University of Karlsruhe, he took up a visiting professorship at the University of Montreal in the academic year 1986/87, where he conducted research during regular stays. From 1987 to 1992 he was Professor of Economics at the University of Bamberg. In 1991, he was appointed to the Chair of Economic Policy and Economic Research at the Technical University of Dresden, where he was the founding Dean of the Faculty of Economics from 1992 to 1994. From November 2004 to December 2011, he was President of the Halle Institute for Economic Research. In October 2008, he received an honorary doctorate from the Technical University of Dresden. In 2012, he was admitted to the European Academy of Sciences. From 2013 to 2016, he was International Professor of Excellence of the People's Republic of China.

From 2000 to 2002, he was Chairman of the Commission for the Evaluation of Business-Integrated Research Funding at the Federal Ministry of Economics and Technology. From 2005 to 2007, he chaired the Steering Committee "German Standards Strategy" and the European Standards Commission "Future Landscape of European Standardization". In 2007, he was chairman of the evaluation commission for the Excellence Initiative of the universities in Saxony. From 2005 to 2011 he was a member of the jury of the Innovation Award Saxony and from 2009 to 2015 a member of the jury of the Leading-Edge Cluster Competition of the Federal Ministry of Research. From 2004 to 2011 he was president of the Halle Institute for Economic Research and in 2011/12 chairman of the Working Group of Economic Research Institutes. In 2015, together with the Institute for Microstructure of Materials and Systems (IMWS) of the Fraunhofer-Gesellschaft, he founded the Center for Economics of Materials as a joint research institution with the University of Halle and was its founding director until 2021.

He is the author and editor of numerous economic publications in the fields of institutional and industrial economics, risk theory, standardization, and regional and transport economics. He has authored or edited several textbooks on economics, industrial and institutional economics, and entrepreneurship. In late 2020, he published a standard work on economic warfare. He is a regular guest author and interview partner of major domestic and foreign media.